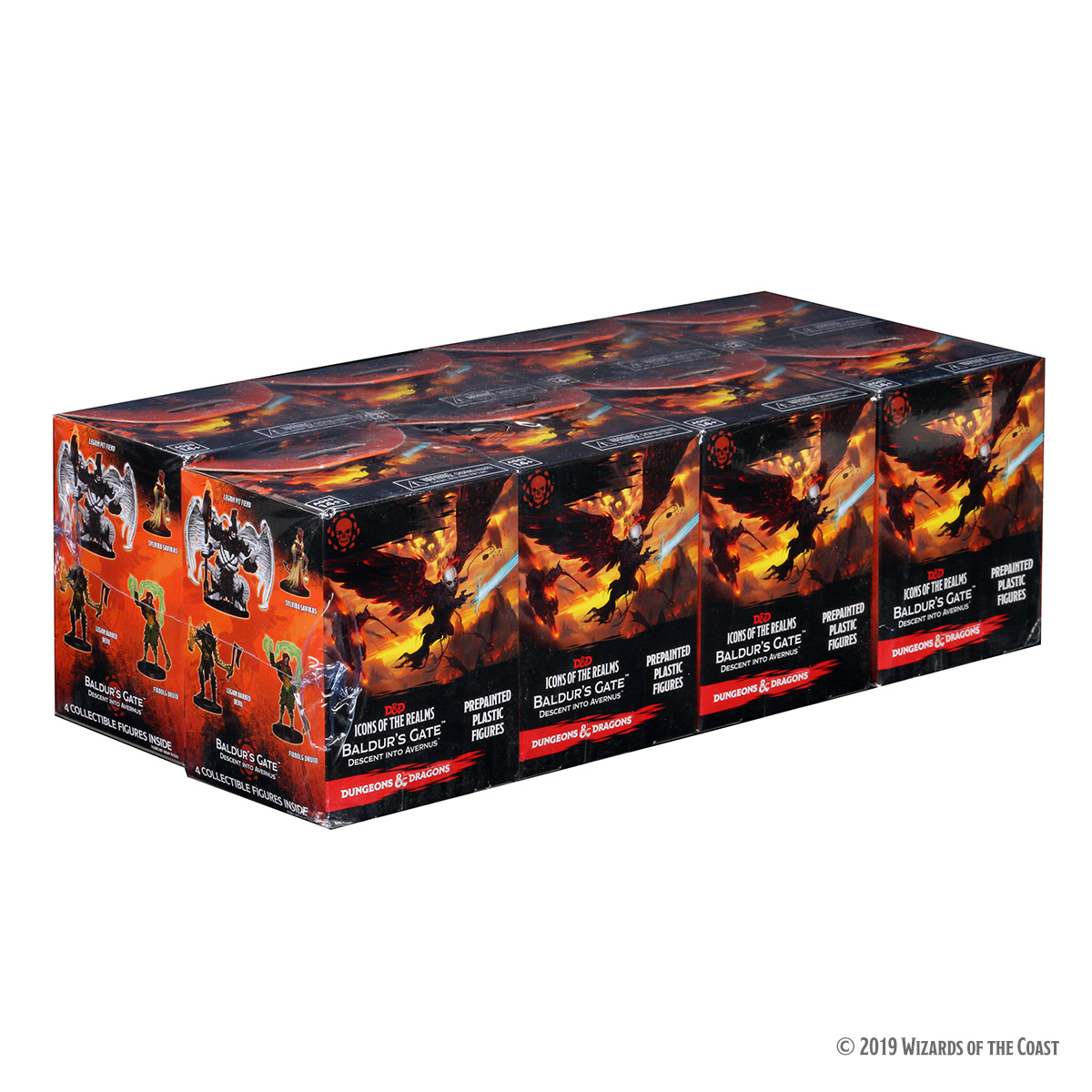 Baldur’s Gate: Descent into Avernus features several new Devils and Demons for players to add to their collections.

In this infernal collection of miniatures, players will find many of the enemies and allies featured in Descent into Avernus. Battle the most powerful of the legion of devils, the Pit Fiend. Come face to face with demons like the Glabrezu and Merregon. Join forces with fellow adventurers like Reya Dawn. You may even challenge the fallen angel Zariel herself!

Collect all 45 figures from Baldur’s Gate: Descent into Avernus, the newest set of randomly sorted monsters and characters in our exciting line of D&D miniatures, Icons of the Realms.